The amazingness of Augmented Reality for events and artistic exhibition

There are a lot of areas in which AR finds its applications. In the first experiments it was applied to the military and medical fields, but it soon became a very useful tool in communication, marketing and advertising.

The AR it’s having an amazing impact on customer experience because it allows to transform the way companies interact with their customers.

These new technologies help companies achieve their goals by finalizing sales and improving user experience of the brand. 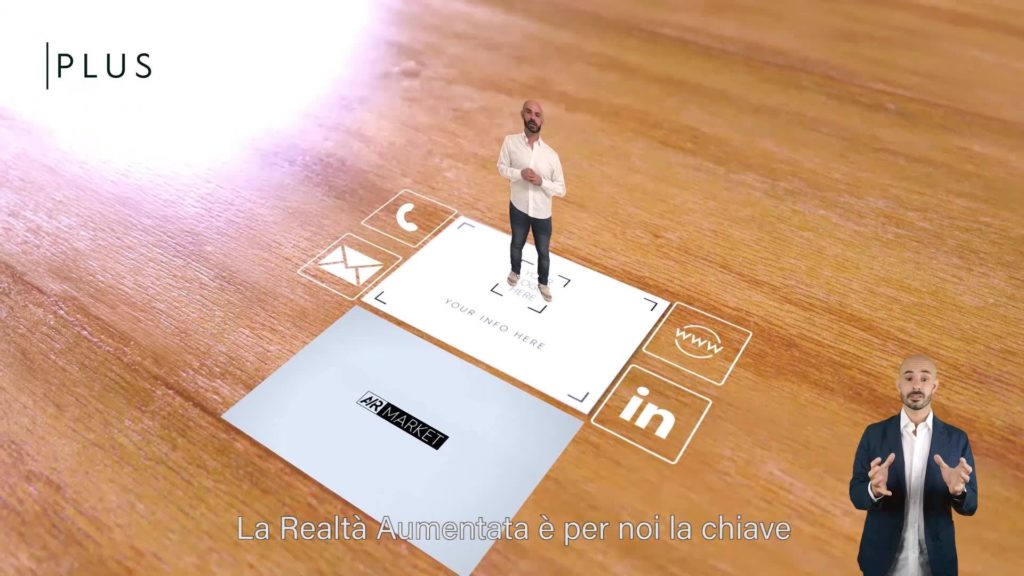 Among the various fields of application of Augmented Reality there are events, fairs or company conventions. In these sectors, the AR allows to amplify the communication and the public engagement. How?

Thanks to  applications of Augmented Reality for events, communication becomes more effective, contents become more persuasive and the interest of the audience increases thanks to the wonder generated.

In this way, the event itself takes on a technological connotation and, thanks to word of mouth, its echo remains even when the event is concluded.

There are several applications of Augmented Reality that can help make your event amazing:

Since the Augmented Reality for events is an extremely versatile technology, it is possible to apply it to many fields such as sports, music, theater, fairs and art exhibitions.

In the sports area, Augmented Reality for events can be used to make the experience of the fans much more engaging.

An example of application could be the possibility of “augmenting” the logos of the teams involved and the ones of the stadium itself.

By framing them with the smartphone camera, fans could be able to access to a whole range of additional information that helps to increase engagement and to improve the whole customer experience.

By framing the logo of his favorite team, for example, the fan could have direct access to the team’s website, to e-commerce with merchandising, to news or even to the upcoming matches played by the team with the possibility of buying tickets.

Thanks to a trackerless technology, this type of experience could be further integrated by the possibility of displaying your favorite 3D players directly inside your own home.

This same type of tools could also be used for the music sector, linking the logos of the bands to the artists’ social networks pages or to their Spotify and Apple Music pages, allowing the streaming of songs or the purchase of tickets for upcoming concerts.

Integrating technologies of this type into the customer experience will allow the user to experience the event even before and after the event itself.

In the same way, Augmented Reality for events could be used in theaters and cinemas, using movies’ and shows’ posters as a tool to gain access to all the additional information to which users could be interested: trailers, bloopers and the website with pictures and various curiosities.

In this way users could get involved anytime they find theirself in front of a poster, not only in the same place of the show representation but, also, on the streets, thanks to billboards and other similar things.

Augmented Reality for events is a tool that has already been broadly used in museums and art exhibitions. This technology, in fact, is particularly useful for educational purposes and can be utilized to let the user discover an innovative way to experience art.

One of the standard ways to use AR is allowing users to access to all the additional information about the painting they’re watching with their smartphone’s camera, using that as a “virtual guide” that improves the experience inside the museum or the exhibition they’re visiting. 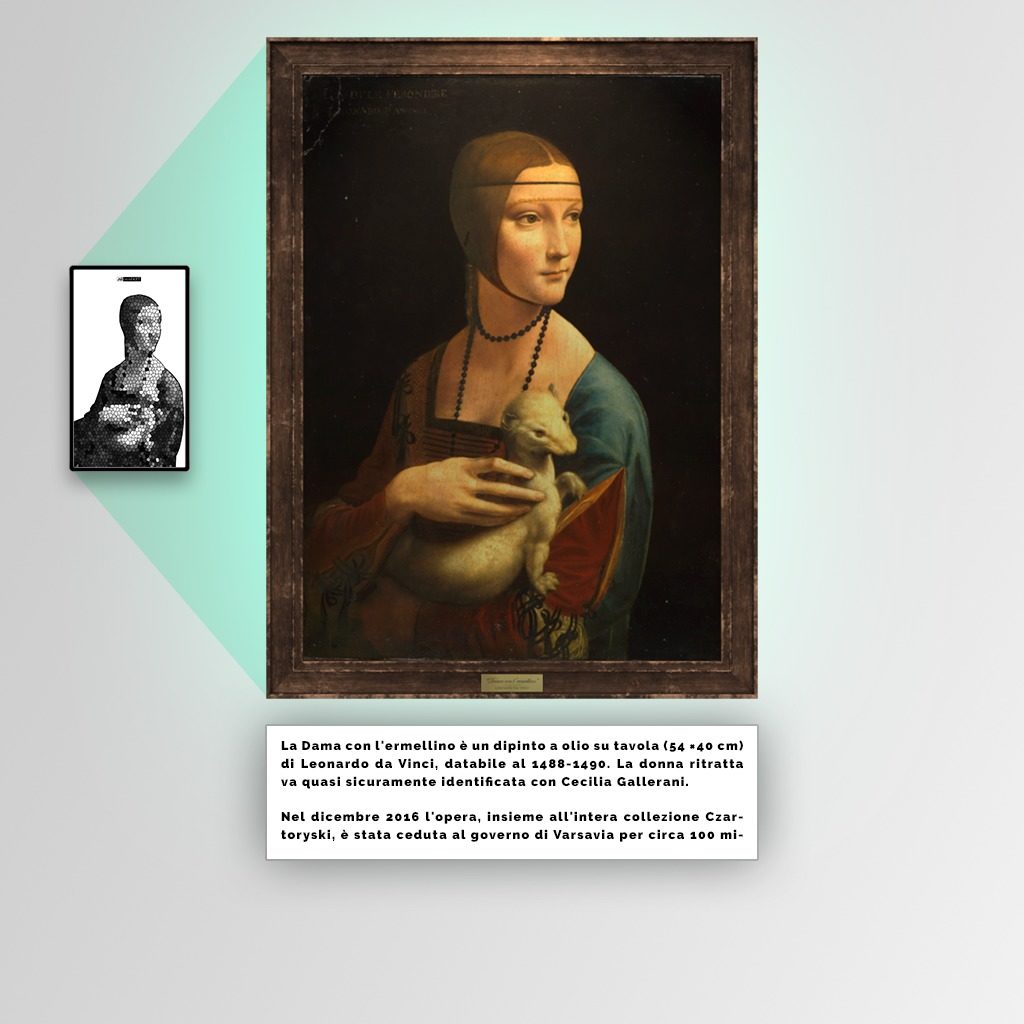 Other than that, more interactive applications for Augmented Reality are being developed: framing a painting with a smartphone’s camera, the painting itself becomes animated or is modified in some way.

The same goes for promotional events and trade fairs, in which Augmented Reality proves to be quite useful either for exhibitors or visitors, who will live a real 360° experience.

The main tool of integration between the real experience and the virtual one is, surely, the presentation brochure of the fair, which could integrate basic information with additional details provided by AR. Just think about all the information about the location, the businesses or the event’s partners, videos, contacts and links to the exhibitors’ websites.

Also, via the brochure, it could be possible for visitors to have access to a 3D map of the trade fair, with stands’ locations and any helpful information that could allow them to make their own customized journey.

AUGMENTED REALITY AROUND THE WORLD: SOME EXAMPLE

An example concerning the music industry is the app: Firstage, which aims to be an alternative to concerts’ streaming, which is still hardly used and which allows users to watch an entire concert of their favorite artist from their home’s couch. In which way? After downloading the app the user can select the chosen artist or group and pre-recorded figures of the band’s members will appear.

The idea is «to remove the boundaries that prevent bands to reach new publics and to help them to earn money with their art», explained Neil Harrison, founder of Firstage.

Of course technology will never be a substitute for concerts, but it could be an important tool to allow artists to obtain recognition even from whom doesn’t have the possibility to  go to a concert.

Regarding Augmented Reality for events in museums, we could take as an example the Pollock Exhibition case at the Museum of Modern Arts (MoMA) in New York. Thanks to the app Momar, Pollock’s painting appeared almost unrecognizable.

Another example could be the Alchemica Gallery, an exhibition realized entirely in Augmented Reality, at Base in Milan, in which are exhibited the works of 32 illustrators.

Once the app “Alchemica Gallery” is downloaded, by framing the illustration with a smartphone it will become animated and it will be enhanced with sounds, movements and new elements which will generate a “wow” effect.

When it comes to Augmented Reality for events applied to theaters, an example is the campaign promoted by the theater companies: Moscow Broadway and Fancy Show, which began to use Augmented Reality to promote their shows, using it in outdoor advertising. QR codes can be framed by a smartphone’s camera to download the app.

The ad will come to life in 3D on the smartphone’s screen in an interactive way, so the show experience won’t start with the access to the wardrobe anymore, but many days before that, thanks to AR.

If you’re thinking to enhance your business and to reprogram your marketing strategy, we at AR Market can help you to make your events memorable and unique.

Fill in the form for a free consultation, we’re waiting for you!